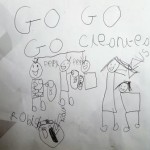 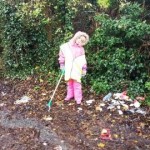 4 volunteers met at The Honey Bee on Saturday 7th along with our youngest ever volunteer (who not only helped pick litter but also drew a brilliant picture of the Clean Team in action).  We focussed on Altrincham Road from the edge of Wilmslow down to the airport tunnels. We also did a short section down Morley Green Road.  Altrincham Road is the litter picker’s gift that keeps on giving – it is always really dirty down there despite it being scheduled in for a Clean Team pick 4 times a year.  We think that most of the litter must be being discarded from vehicles. 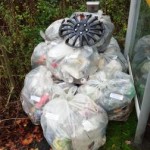 Despite the relatively low turn out we still managed to collect 10 bags of rubbish which were left at the bus stop by the Airport Inn (the council have been informed and will collect).