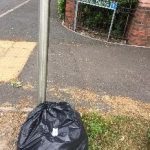 Fortunately it stopped raining at 10:00 on Wednesday 2nd May – just as our litter pick began. 4 volunteers met at The Honey Bee and covered Altrincham Road, from Nansmoss Lane down to the roundabout near the airport tunnels, plus the old road by the Airport Inn. We collected 9 bags, a bucket, 2 wheel trims, a traffic cone, 2 sandbags, a poster, and a metal box.

Much better weather on Saturday 5th May saw 10 volunteers meet at Anthology. We spread out in all directions covering a lot of the town centre including The Lesiure Centre, Sainsbury’s car park, Alderley Road, Knutsford Road, Grove Street, Hawthorne Lane, Altrincham Road and the area down towards the railway viaduct. We collected at least 14 bags plus some recyclables.

So – approximately 23 bags in our scheduled picks this month.

Volunteers have also been out on their own this month. Areas covered include Morley Green Road, Strawberry Lane, Chapel Lane, Lindfield Estate South and Clifford Road.

We would like to thank Anthology for the use of their car park.

Thanks and well done to all our volunteers. 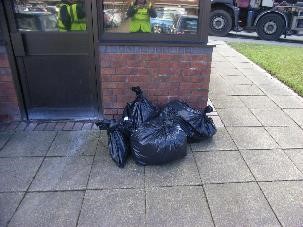 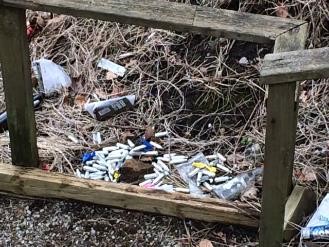 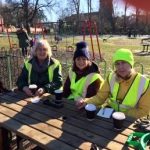 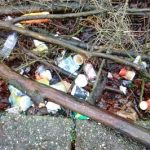 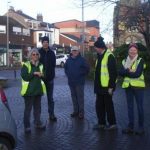 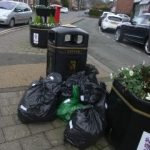 A total of 11 bags of litter were collected.

It was good to meet up with Julie Dawn Potts from the Chapel Lane Business Group – thanks for taking an interest in our activities. 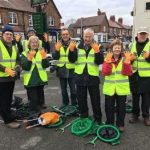 We were also sporting some of the 50 new pairs of gloves that were kindly donated by Globus. They are a company based in Trafford Park, but their director Mike lives locally and wanted to support us. We really appreciate this support.

The snow and icy conditions meant that we had to cancel the planned Summerfields litter pick on Saturday 9th December. 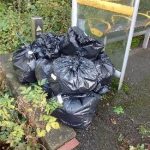 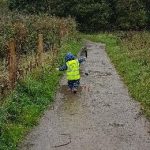 7 volunteers met at The King’s Arms on Wednesday 4th October.  We collected 12 bags on Alderley Road and the surrounding area. Thanks to Helen for standing in as a leader on this event. 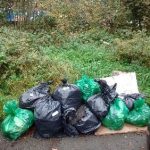 Despite the rainy conditions we had a very good turn out of 11 volunteers on Saturday 7th. We met at Lindow Common and focussed on the Common and surrounding roads – e.g. Altrincham Road,  Some of our volunteers headed into Wilmslow and tidied up Little Lindow and the surrounding roads including, Hawthorn Street The Lindfield Estate and Chapel Lane.  We collected 16 bags and 2 hub caps.

So 28 bags altogether in October – well done everyone

Finally we would like to thank the Boddington Arms for providing some of our volunteers with a free coffee – an unexpected and welcome surprise.

We hit some really horrible weather for this month’s litter picks – but still managed a reasonable haul of litter.

3 volunteers met at Wilmslow Leisure Centre on Wednesday 6th September and we collected 6 bags in the surrounding area.

7 volunteers met at Summerfields on Saturday 9th – a very good turnout considering the heavy rainfall. We focussed on the surrounding area including Colshaw Drive and the path down to the bypass. We collected 10 bags altogether.

Let’s hope for some kinder weather in October. 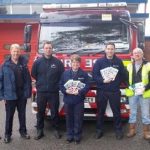 Wilmslow Fire Brigade have started are running a new initiative to talk to shop keepers (and landlords) in Wilmlow to discuss a recent increase in arson and anti social fire incidents. They asked for the Clean Team to become involved too.

One area that is particularly bad is Grove Way. Much of the problem lies with private property at the back of premises. We have reported this to Ansa as well as it needs a proper clean up to stop it becoming an even greater fire risk. The Clean Team collected 2 bags around this area on Tuesday 1st August.

18 bags and 3 hubcaps were collected by 10 of our volunteers on Wedesday 2nd August. We covered whole of Altrincham Road between the Waters Roundabout and the mouths of the Airport tunnel, also part of Morley Green Road, and the roads behind the Airport Inn. Many thanks to Gary and Jane from The Yorkshire Building Society – we are grateful for their continuing support. 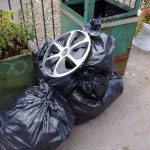 10 volunteers met at The Parish Hall on Saturday 5th August.  2 of the volunteers drove over to cover Prestbury Road (between Leaside Way and Hough Lane) and Hough Lane (between Prestbury Road and Macclesfied Road). The other 8 covered the area around The Parish Hall including Kings Rd, The Carrs, Broadway, the Railway Station, the Leisure Centre and Cliff Road. A total of 15 bags of litter and 2 hub caps were collected.

So – at least 35 bags of litter (and 5 hub caps !) have been collected so far this month. Well done everyone!