8 volunteers met at The King’s Arms on Wednesday 3rd September. We covered Alderley Road from Kenmore Medical Centre to the the A34 bypass, Knutsford Road as far as Lindow Cricket Club, Chapel Lane (and the surrounding streets), Parkway and the bushes in Sainsbury’s Car Park (near Parkway). We collected 10 bags.

6 volunteers met at Lindow Common on Saturday 6th September. We covered Lindow Common, Altrincham Road from Hawthorn Street to Waters, Buckingham Road and Little Lindow. The play area in Little Lindow was particularly bad – even though there is a bin in that area – right next to the bench !  Is this really the kind of environment we want our little ones to be playing in?  And what kind of a message is it sending to them at an impressionable age ?  We collected at least 9 bags of litter and a few recyclables. 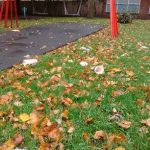 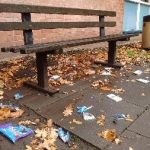 So – a total of at least 19 bags in our 2 scheduled October picks.

Well done everyone and hope to see you in November.