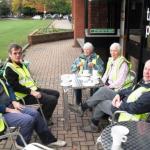 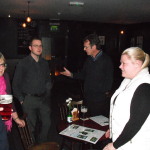 It was our first birthday party on 14th October 2014 and so we had a party to celebrate.  Thanks to the Old Dancer on Grove Street for allowing us use of the upstairs room. 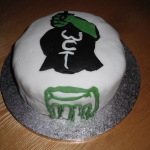 The photos show some of the volunteers celebrating along with a display board showing some of our work and achievements.  Big thanks to Daisy for making us a cake (nom nom nom). 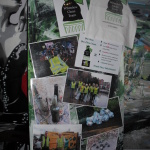 It has been a good year.  We have organised over 30 scheduled litter picking events and collected over 600 bags of rubbish.  Volunteers have also picked litter outside of the scheduled events.  We believe that we are making a difference and that Wilmslow is becoming a much cleaner place. 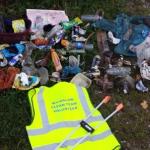 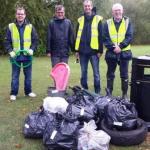